Secrets of a Happy Marriage: Forgiveness

What about offenses and irritations?

You might ask, “What should I do with all the irritations and offensive things that I experience in this relationship?”  I do understand that it is difficult to tolerate offenses over and over and over.  Well, to start we must do more than just tolerate these offenses.  If we hope to mature more and give our marriage the best chance and hope for survival, then we will need to employ a secret principle that most young marrieds don’t know much about.  It is the principle of overlooking offenses.  It is a secret to those who don’t know how much it will help the marriage relationship. What you will want to begin doing is this:  Overlook as many of the small offenses and irritations as possible.  You might be thinking, “What?  How am I supposed to overlook offenses?”  Well, it often isn’t easy, especially at first.  But in simplicity, to overlook an offense means that we just act like it didn’t even happen.  I know that when I was first married, I thought that my wife would want to know if something that she did offended me or bothered me in some way.  I thought that she would want to know so that she wouldn’t do it again.  I found out that she didn’t want to know.  As a matter of fact, sometimes me telling her about these things would introduce the material for a good argument that we could have easily enjoyed skipping.  I don’t mean that you should never tell your spouse things that bother you.  But if it is something that you can overlook or just fix yourself, then it is probably and usually better to not make an issue out of it.  Rather, just consider it as such a small thing that you will be happy to not bother him or her with this information.

Then there are offenses that are larger and should not be overlooked.  These offenses must be worked through in the best way possible.  This brings up another very important principle for having a pleasant, happy and beautiful marriage.  This is a very important principle for having a good marriage is the principle of forgiveness.   Forgiveness does not mean the offense was small or unimportant, but forgiveness is based on the decision that I will not try to punish the person that i believe made me suffer.  And additionally, I will not hope for bad things to happen for them because of what they did to me.  Forgiveness is not easy and it is not a natural human response to an offense.  In fairness to our natural dislike of this idea, it is true to think and say that the other person likely doesn’t deserve your forgiveness.

In order to develop this subject of forgiveness in any significant way it is necessary to cover some of the history of forgiveness.  Most of the concepts of forgiveness are from God’s interaction with his people as found in the bible.  So, that is where this discussion will begin.  According to the bible, forgiveness is something that God offers us by his grace.  If it wasn’t for God’s forgiveness through his grace, offered through Jesus, none of us could stand before God and have any claim to enter into heaven.  It is because of God’s grace that we have received forgiveness and we are to extend the same kind of grace to others.  Though the idea of extending the grace of forgiveness may seem easy academically, when we are offended it is a very hard thing to do the first few times.  But it does get easier with practice.

However, though forgiveness is an act of grace that we receive from God, especially through Jesus, it goes farther than that.  God expressed forgiveness many times in the thousands of years before Jesus came to earth.  God forgave people of their evil over and over and as such set an example for those he created.  And beyond that Jesus taught that forgiveness of those who offend us is required for those who want to receive God’s forgiveness.  Jesus taught that as God forgave us, we must also forgive our brother (or spouse) from our heart.  Jesus said that if we do not forgive our brother from our heart, neither will our heavenly father forgive us.

There is one more consideration to understanding forgiveness.  It is this.  Forgiveness is not just a requirement as a child of God, but it takes us down a special path of grace to get freedom from the connection to the offender.  Not forgiving someone keeps us tied to the offender, and that is not a good way to live.  Reconciliation may not be the goal with some very strong offenses, like abuse.  But when reconciliation is the goal, rather than holding the offenses inside of oneself forever, we communicate kindly and with care about the things that are not so easy to overlook. We learn how to become more loving, kind and considerate.  And we hope, and maybe pray, that they will respond favorably and start desiring to move toward maturity as soon as possible. 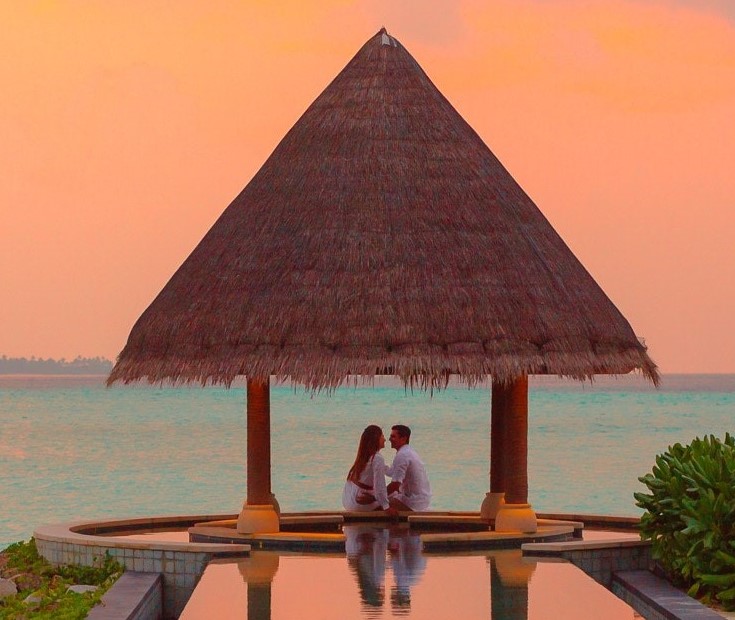 Of course our partner will not likely change as quickly as we would like, but they will make some changes as we change because they must respond to us differently as we change and become a different person.  Movement toward maturity and offering forgiveness is the best way to bring more beauty and happiness into a marriage.  It is not easy, but it does work most of the time. What do you think? Are you ready to look for a good book, YouTube video, seminar, or spend time thinking about some of the good verses in God’s word, the bible?  These are some of the good ways to help us think differently and move us toward maturity and along the pathway to beauty and a beautiful marriage.

Hopes and Dreams for Your Marriage